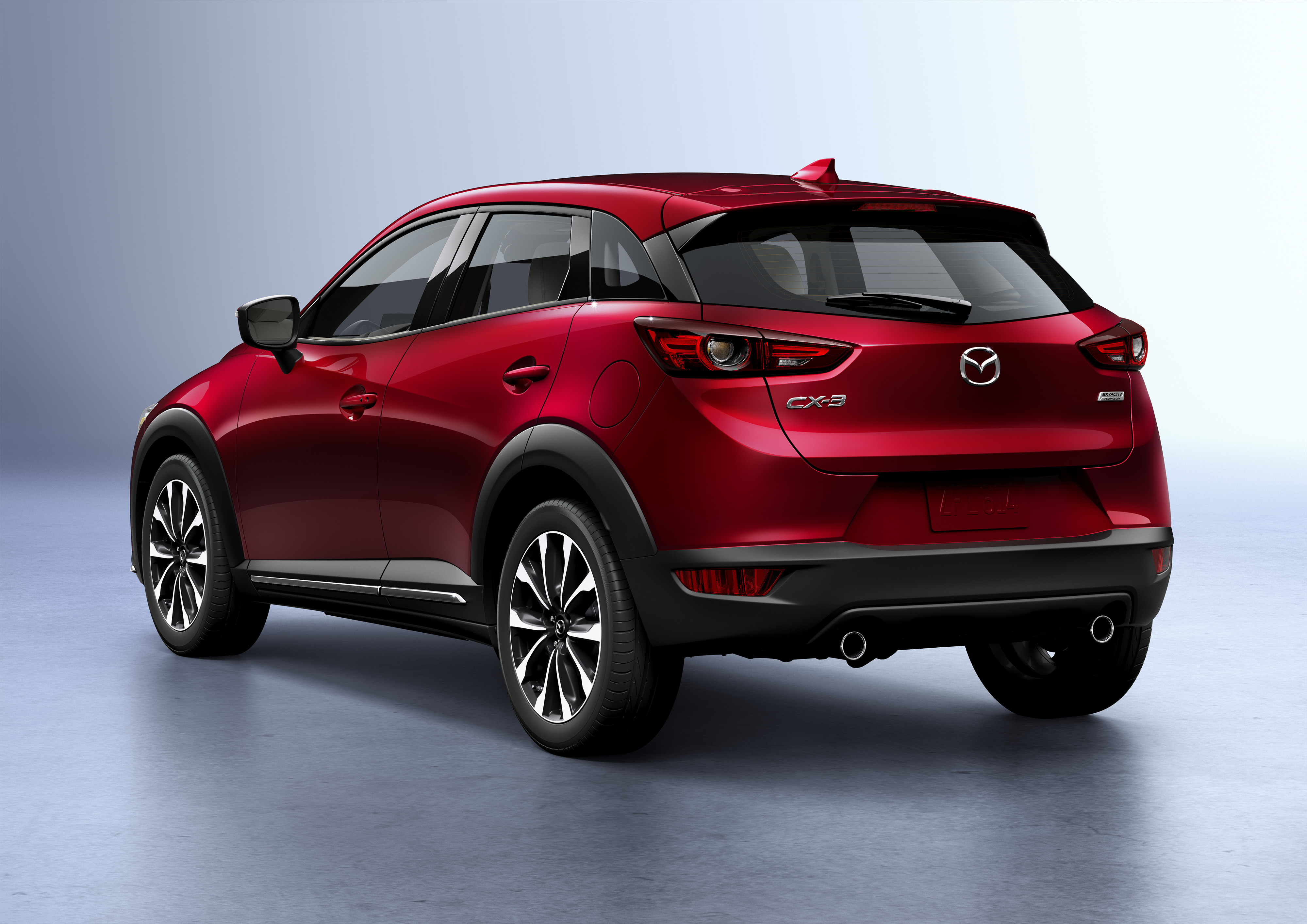 The new CX-3’s interior has undergone significant improvements, most notably the adoption of an electronic parking brake that frees up space and allows for a significant increase in storage space. Additional improvements include a smoother, more efficient and more refined SKYACTIV-G 2.0 gasoline engine, available full-leather seating surfaces, improved NVH characteristics and redesigned seats that support a more comfortable position. Yet, Mazda CX-3 continues to possess uncommonly good driving dynamics and keenly updated design elements that complement what is already a compelling package.

Called Sustainable Zoom-Zoom 2030, in which Mazda is aiming to reduce its CO2 emissions by 50 percent from 2010 levels by 2030. SKYACTIV-X will serve as a building block in that strategy, with it expected to be 20- to 30-percent more efficient than today’s SKYACTIV-G engines. It will be available in Mazda vehicles starting in 2019.

SKYACTIV-X is part of a greater initiative in line with Mazda’s “Sustainable Zoom-Zoom 2030” long-term vision for technology development. Mazda aims to use the fundamental appeal of the automobile – driving pleasure – to inspire people, enrich society and help bring about a beautiful earth. By offering an experience of car ownership that celebrates driving, the company hopes to enrich lives and build a strong bond with customers.

LIST OF EXHIBITS AT THE NEW YORK INTERNATIONAL MOTOR SHOW